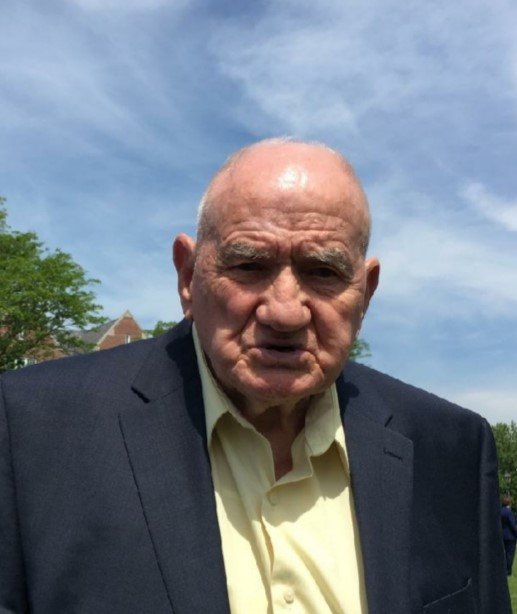 Donald R. Donohue, 90, a longtime resident of Pottstown passed away on May 22, 2020. He was the husband of the late Eloise (Hostetter) Donohue.

Born in Phoenixville in 1929, Don was the son of Irene (Zieser) and Edward H. Donohue, both deceased.

After graduating high school in Spring City, Pennsylvania, Don began working at the Atlantic Station in Spring City.  Don and Eloise started their own auto repair and service station, Don’s Esso (later Don’s Exxon).  They ran the business for 20 years.  In his retirement, Don could be found working at Latshaw’s Hardware in Spring City.

Don was a member of Zion Lutheran Church, and was involved with the Property Committee.  He loved spending time with his family and friends, whether it was dinner, trips to the Poconos, hosting picnics, family vacations or camping.  For many years, Don enjoyed spending winters in Florida with family and friends.

Don is survived by Brian L. Donohue and his wife Lorraine, of Royersford, PA; Brenda J. Verdesi and her husband, Paul, of Holmes, NY; and Lynn A. Donohue, of Gorham, ME; and grandchildren, Jacob A. Verdesi and Benjamin R. Verdesi.  He is also survived by his self-adopted daughter Mary Hampton, and her husband Walter, their children Jessica, Walter (and his wife Jamie), and James, and their grandchildren Jack and Isaac; as well as his companion Joanne Weaver.

A memorial service will be held at a future date.  In lieu of flowers, memorial contributions may be made to Zion Lutheran Church, 39 Bonnie Brae Road, Spring City, PA 19475.

Share Your Memory of
Donald
Upload Your Memory View All Memories
Be the first to upload a memory!